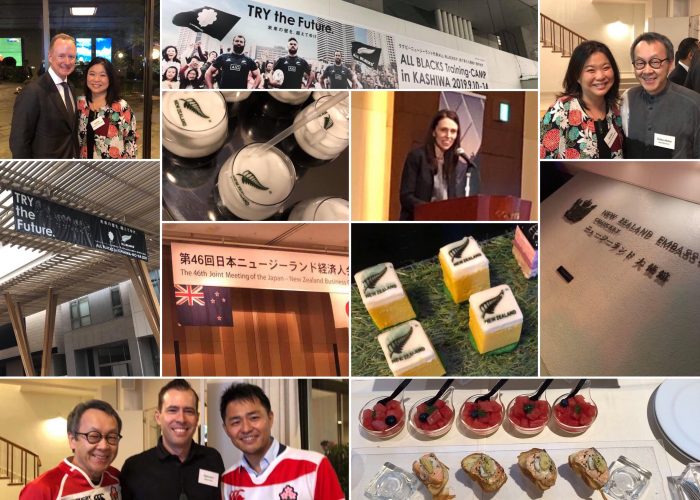 Our Principal Royal Reed and CEO Stephen Reed joined the New Zealand delegation led by Prime Minister Jacinda Ardern to the opening of the Rugby World Cup in Japan.

During the visit to Japan, Royal and Stephen joined the luncheon hosted by Prime Minister Ardern and attended the Rugby World Cup Opening Ceremony with other New Zealand delegates.

The event provided a great opportunity for our management to interact with various New Zealand and Japanese business counterparts and to appreciate Japan’s preparedness for the World Cup and enthusiasm on rugby.