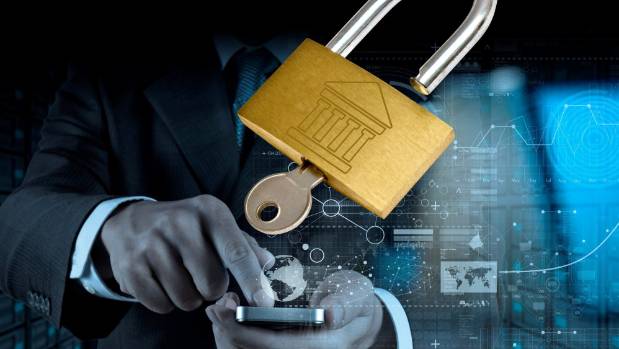 Andrew Sieprath is among the first people in the Europe to embrace “open banking” as a customer.

The former ASB banker fits the bill for those with most to gain from not playing by the banks’ rules.

He’s young, tech-savvy, and frequently travels between countries, so he needs to manage his money on the move, and seeks to avoid bank fees or losing money on currency conversions.

His chosen banking provider is Revolut, which isn’t even a bank.

It’s a “fintech” company which operates an app-based subscription service used by over 900,000 Brits and Europeans. It lets them hold money in multiple currencies, make currency conversions at interbank rates, and make payments using their phone or debit cards. 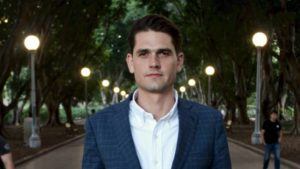 Will Mahon Heap from Revolut.

“If you are going abroad it will save you at least 3 per cent on every transaction,” Sieprath says. “You can hold and switch between multiple currencies, and you can spend using the card anywhere in the world.”

“I hate to say it but it’s the Uber for payments.”

Revolut is just one of three “open banking” services due to launch here in the next few months. They will lead New Zealand into something of a banking revolution which threatens to do to banks what Uber is doing to taxi firms, and ultimately put more pressure on them to cut staff or close branches. 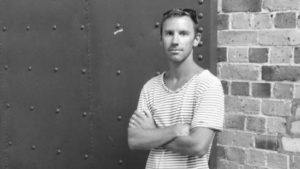 OPEN FOR BUSINESS
Open banking is the term used for interface systems like Revolut, which offer payments, money management and banking services, without being a bank.

There are many emerging open banking models, but as a starting point, think internet banking that’s slicker, more intuitive, and allows users to see and manage accounts from multiple banks in a single place. 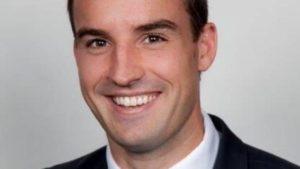 Open banking cheerleaders, which include the British government, believe that if consumers embrace fintechs like Revolut, there will be more competition among banks, and the cost of banking will fall for ordinary people.

That could, some believe, spell the death knell for year-on-year profit rises for banks, like the $1.86 billion profit announced this month by ANZ for the year to September, a rise of 21 per cent. 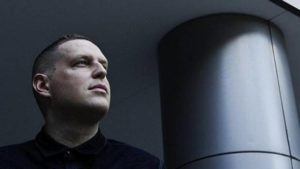 Andy Taylor, founder of Douugh, and the artificial intelligence entity “Sophie”, which will help customers manage their money better.

REVOLUT
Will Mahon Heap is the Kiwi in charge of launching Revolut in Australia and New Zealand, which will happen once it has secured a banking partner to wholesale accounts and services.

The term “open banking” is heard frequently in the UK and Europe, where lawmakers and competition authorities view it positively.

But here in New Zealand, where former prime minister John Key has just been appointed as chairman of ANZ, no politician has campaigned on a promise of facilitating open banking.

The British Competition and Markets Authority says older and larger banks don’t have to compete hard enough for customers’ business, and smaller and newer banks find it difficult to grow.

Open banking, given regulated data and security protocols, could change that, it believes.

In Australia, like the UK, open banking has also become a political priority.

“It’s a real concern that Australia is going to lead in Australasia,” Mahon Heap says.

Jude will let users link all their bank accounts to its platform, so for the first time it will be possible for people to have bank accounts from a variety of different banks, and be able to keep tabs of those accounts and manage their payments through a single digital portal, using their mobile phone.

People who can’t be bothered to type can do their banking with Jude through voice commands.

They will effectively have the power to build their own bank, by picking and choosing the services and accounts that suit them best, whether from challenger banks like Heartland, Co-operative and SBS, or giant Australian-owned banks like ANZ and Westpac.

T’s & C’s
Users will give Jude permission to access their banking details by effectively handing over their bank credentials, which is technically in breach of bank terms and conditions, something thatt has been happening in places like the US, where there is no regulated open banking regime.

If they do, there’s precious little they can do about it.

Lynch says everyone agrees that people’s bank data belongs to them, not to the banks.

But it’s a leap of trust. Among banks’ strongest attributes is how secure they are, both as custodians of people’s money, and as facilitators of payments.

She says early stage conversations between regulators in Wellington and banks are under way on open banking. “We are very open to have conversations, but so far there’s no regulator which has consulted publicly on it.”

Scott-Howman stresses the importance of security of people’s financial data, however.

SEARCH FOR AN API
A project in its very early stages at Payments NZ, a company owned by the banks that governs the country’s core payment systems, may play a part in ensuring open banking security in New Zealand.

The project is to get common APIs (Application Programming Interface) – a set of rules, standards and protocols – that can be used to facilitate efficiency in endeavours including open banking.

This includes creating a gatekeeper system so that only trusted organisations are allowed to do things like initiate payments, or go in and get customer information from banks.

Lynch believes fintech companies can demonstrate they are to be trusted with their data.

He picks his words carefully. Jude does not want you to trust your money to it, he says. Banks will still be the custodians of the users’ money.

Instead, open banking for Lynch is about data, and unlocking the value that’s locked up in it.

He gives the example of an open banking interface with smart tools that automatically move money between accounts to avoid things like unauthorised overdraft fees.

Or to pay your rates or power bill at the last minute before you lose the early payment discount, and not a minute earlier.

That may sound rude, considering the decade-long march of online and mobile banking, but Lynch compares bank innovation to innovation by a company like Apple.

The first Apple Mac hit the market in the same year as Eftpos, which was then world-leading payment technology, but is largely unaltered.

“Just think about what Apple has done since it launched it first Mac in 1984, and compare that to the tech innovation within banking. It has almost been non-existent.”

DOUUGH
Some of that innovation potential can be seen with Douugh, a fintech which is in late stage testing of “Sophie”, an artificial intelligence-driven personal financial assistant.

Should testing go well, “Sophie” will be the personality Douugh customers will chat with on their mobile phones when managing their money.

At its launch, which is expected later this year or early next, Douugh users will be able to retrieve their banking data, and use Sophie, and some smart tools, to get to grips with their finances.

It could be the pathway to financial advice for all, delivered by AI entities like Sophie.

REVOLUTION
Lynch expects open banking to revolutionise banking. Only time will tell if he is right.

“Software has changed the world in the last 10 years, but it hasn’t really touched financial services yet,” he says.

Lynch says one day, perhaps not many years hence, people will talk not about banking with the red bank, or the light blue one, or the green one, but with Jude, or other fintech companies we have not yet heard of.

“Maybe in five years time, when we think about retail banking, and we say ‘Who do you bank with?’ It will be in the sense of who do you trust with your data.”

GLOBAL REACTION
In New Zealand there’s been a deafening silence from politicians and regulators about open banking. That’s not so in other countries and regions as authorities smooth the way for an end the banks’ stranglehold on consumer data.

EUROPE: So serious is Europe about open banking that every member state is required to enshrine the EU-wide Payment Services Directive 2 (known as PSD2) in law January 2018. This will allow people in those countries greater freedom (and confidence) to share their data and access more of it.

UK: In early 2016, Britain’s Open Banking Working Group created the UK Open Banking Standard framework. The whole open banking project is being driven by the government’s Competition and Markets Authority. Its interest goes back to 2013 when a review of retail banking was begun to investigate customer abuses by banks, followed in 2016 by a list of “remedies”.

AUSTRALIA: In its 2017-18 budget, the Australian government said it would introduce open banking. It commissioned an independent review to recommend the best approach to implement an open banking regime in Australia. The review is to report by the end of 2017.

SINGAPORE: The Monetary Authority of Singapore has created a “regulatory sandbox” and is encouraging people and companies to innovate in financial services, and will even smooth the way if there are regulations that get in the way.

US: The American Banker magazine has called on the United States, where the banking lobby is strong, to embrace open banking, or lose its position as a global financial leader. US fintech companies are leaders, and even without the US government coming to the party companies like Yodlee are pioneering “user permissioned” open banking.